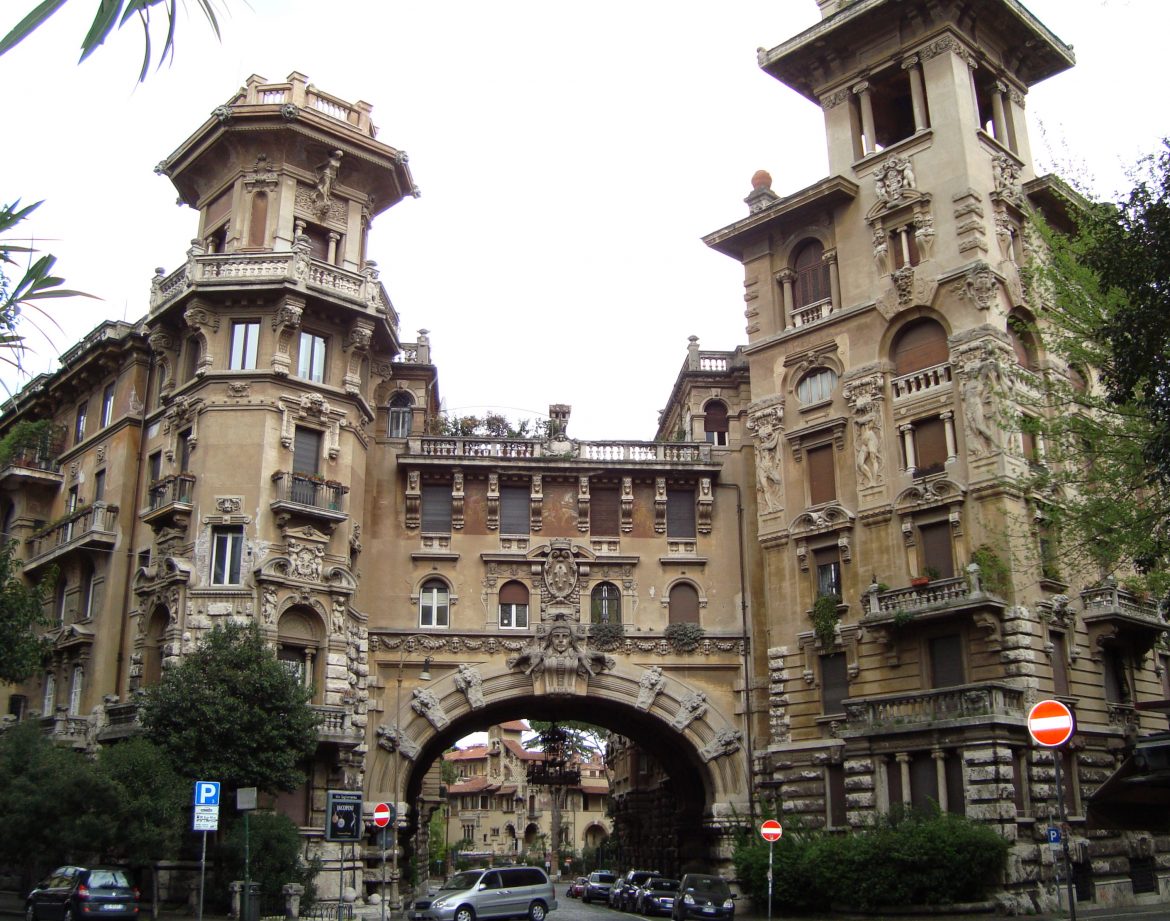 A kilometer or so north of the Termini area’s rather faceless hotel district is the beautiful and often overlooked neighbourhood of Trieste. To arrive here, take the blue Metro B line and get off at either of the recently renovated and refreshingly clean (see Vittorio Emanuele for comparison!), modern and well-ventilated (and trust me, this is a reprieve in Rome’s summer months) stations of S.Agnese/Annibaliano or Libia.

Visible from S.Agnese metro station – and off the busy Via Nomentana street – is the Basilica of Santa Agnese and the adjoining mausoleum complex of Santa Costanza. Curiously, within these peaceful religious grounds is a spanking new 4G, 5-a-side football pitch and a sports bar so, all in one blissful afternoon, you can consort with the Lord, play the Lord’s game and then make beery libations to His Holiness after with the lads. And between 9am and 2pm every Sunday, in these grounds just off Via di S. Agnese, is the artisanal Campagna Amica market.

Heading east along the high street (Viale Eritrea, turning into Viale Libia) there are plenty of handy shops. There is a Tigre supermarket at number 75 (open until 8pm, 1.30 on Sunday) with practical car parking below, a Casa&Co a little further up the street, cheaply supplying all your toiletries and kitchen/bathroom gear, and the very comprehensive Arion bookshop at number 72. There are also United Colors of Benetton and Foot Locker stores nearer to Libia station and, if all this commercialism doesn’t appeal to you, an indoor food market selling authentic Italian produce off Piazza Gimma.

Heading North West off Viale Eritrea are the area’s peaceful neighborhoods. Here you are likely to see pinstripe-suited men patrolling their snuffling pugs past any one of the numerous university students and, while the residential streets feel clean and serene, there is a pleasant busyness to the cafes and shops, even on a weekday. This happy dichotomy of the urbane and the youthful is typified on Via Lago di Lesina, one of the roads bordering Parco Virgiliano, where a punky tattoo parlour forms one corner and, just around the bend on Via Largo Bradano, should you ever – ever! – wish to read Proust in Italian, a second-hand book shop spills happily out onto the street, forming the other.

Further north, however, is what makes Trieste unsurpassable: Villa Ada, easily Rome’s best – and little-mentioned – park (open from 7am to 8pm). Unusually for a Roman park, Villa Ada is immaculately groomed, perhaps owing to the Egyptian Embassy situated just inside its grounds, and step off the road forming the park’s westerly boundary (via Salaria) and Rome’s perpetual traffic din quickly drops away. At the park’s centre is the Cascianese Country Club and Equestrian school, and as you stroll the meandering track flanked with fragrant pine and bay trees it’s a pleasure to hear wild green parrots squawking overhead and horses crunching along the gravelled way beside you.

At Trieste’s easterly end is the contemporary art gallery, Macro, which is free to Roman citizens on the last sunday of every month. There are also some cool smaller galleries that have sprung up around it and nearby, where via Piave and Via Venti Settembre meet, is La Romana, a gelateria that always has queues around the block and ice-cream that makes sweet-toothed aficionados wobbly at the leg-joints.

For night-life, just a short bus ride from S.Agnese metro station, is the very cool neighbourhood of San Lorenzo, which is popular with the students of nearby Sapienza University. Chill here with a bottle of beer late into the night at Piazza dell’Immacolata or head to any one of the number of surrounding bars.