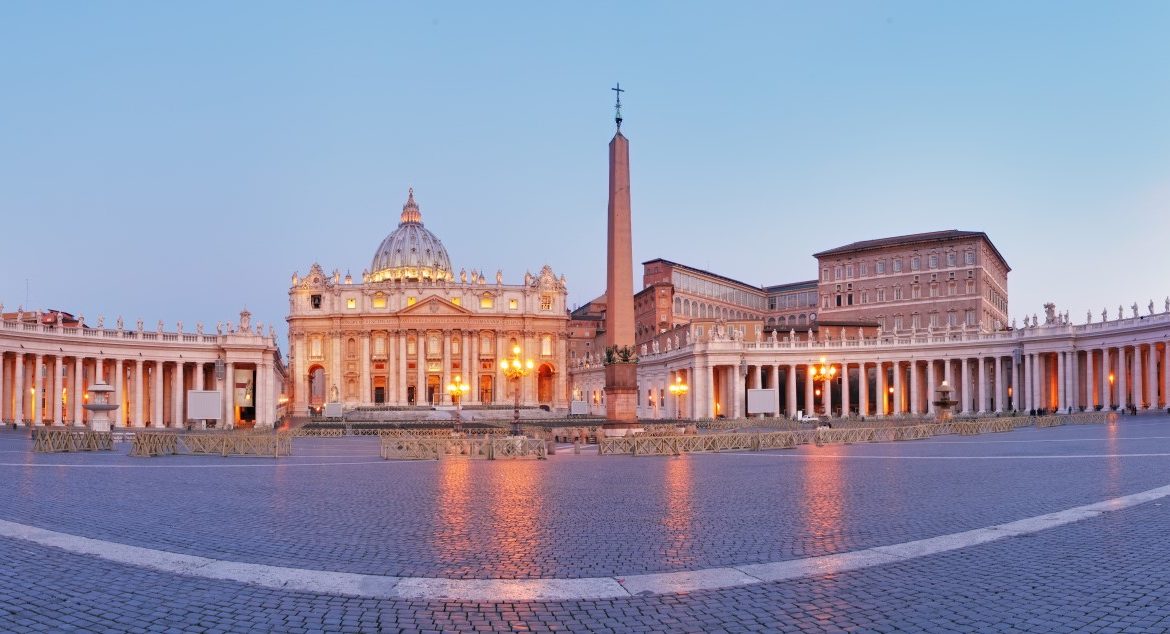 Let’s all be free, frank and sparing with the frills: before your first perusal of the Italian guide book, before setting foot in Rome, before knowing what a “sacerdotal-monarchical” country, a tiny walled enclave state or even a Pope is, we all know what the Vatican is about. Yes: a supreme pilgrimage site. Double yes: tourism. So yes, the Vatican area – wading through tourists, being looked at like a cash cow, and being spoken to in English off-the-bat, though you may have lived there for years – is often tiresome and a little disappointing.

But pull out all the stops to be cynical, stick your tatty misery hat on over your sulky little cantankerous head and wrap yourself in your wettest wee-stained blanket, and the area will still bring a smile – kicking and screaming, perhaps – to your face: it is a profoundly beautiful place to be. For one, the Vatican Museum (16 euros entrance without a concession) is quite simply staggering and often leaves even the most jaded art-scholar in flapping awe. And by night, with both the cathedral and museum closed and the touts and tourists predominantly retired for the day, with a very pleasant cooling breeze wafting in off the nearby bend of the Tiber and into it’s cobbled expanse, the piazza outside St. Peter’s cathedral is an exquisite place to spend an hour gazing dreamily at the ethereally lit fountains and the uplit majesty of the Basilica.

And though, yes, during the day the area is deluged with tourists, there are still some very pleasant, surprisingly quiet areas to visit, just off the main tourist highways. Borgo Pio and Borgo Vittorio, for example, are two very winsome streets that run parallel to the main Via dei Corridori. Here you can eat reasonably priced fare at any number of the pretty cafes sprawling onto the road, and you might even avoid getting a selfie-stick lodged in your arrabiatta.

And, believe it or not, people even manage to live near the Vatican (me, for instance). And some of those people even manage to lead normal lives: they take their kids and dogs for plays in the park at Castello di Sant’angelo, take themselves for runs along the Tiber, and even manage to get some food stocked up that’s not Pope-themed rock-candy. In fact, there’s a very handy 24-hour Carrefour supermarket that sits just off the roundabout at Via Cipro’s westernmost end that I don’t think sells a single catholic cracker.

For transport, it’s the Ottaviano metro station, but take any walk from the centre of Rome towards the Vatican and you’re going to feel very smug indeed with yourself.

For furnished apartments rentals near the Vatican look no further.