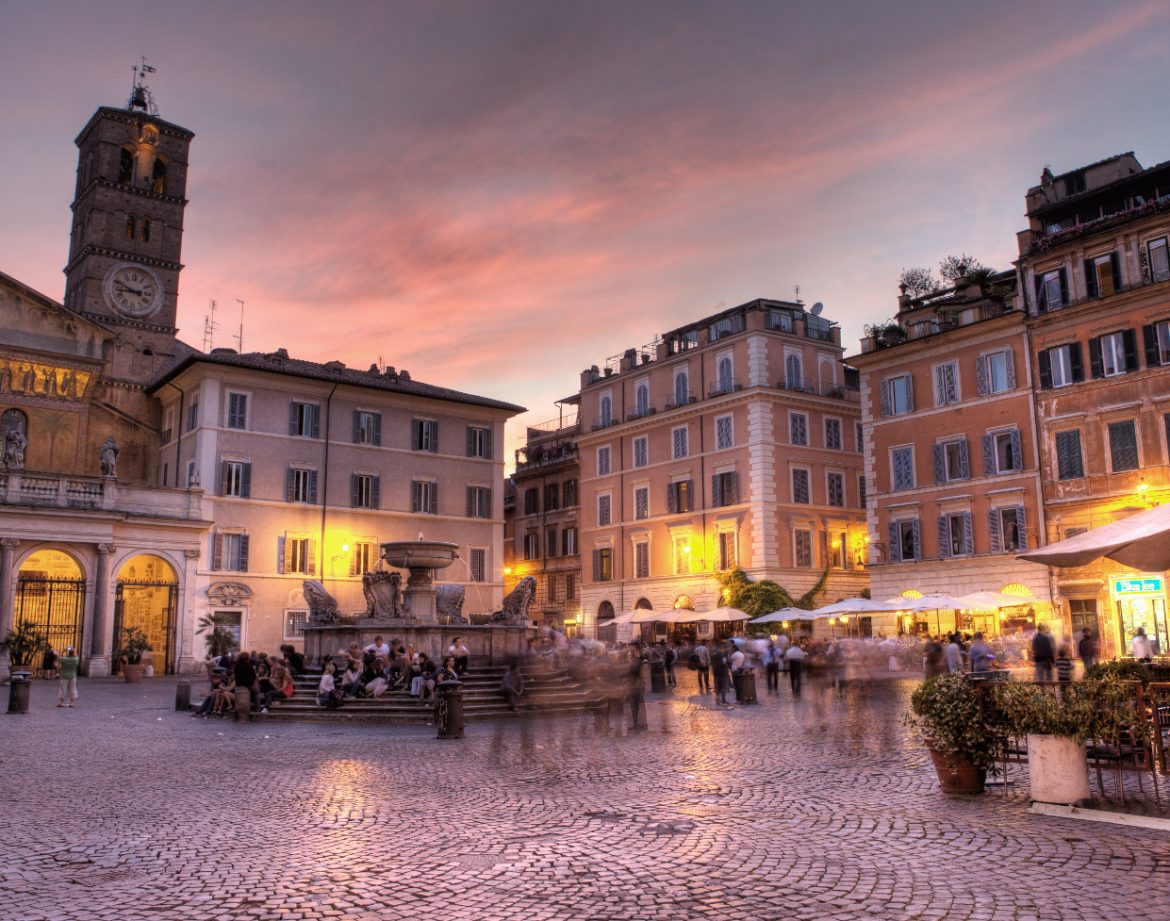 Trastevere is one of those absolute gifts for a writer as this neighborhood really needs no help whatsoever recommending itself. In truth, if you are tired of wandering its seductive little ivy-clad streets and squares then you’re probably done with life and may as well take an eternal underwater soak in the nearby Tiber. 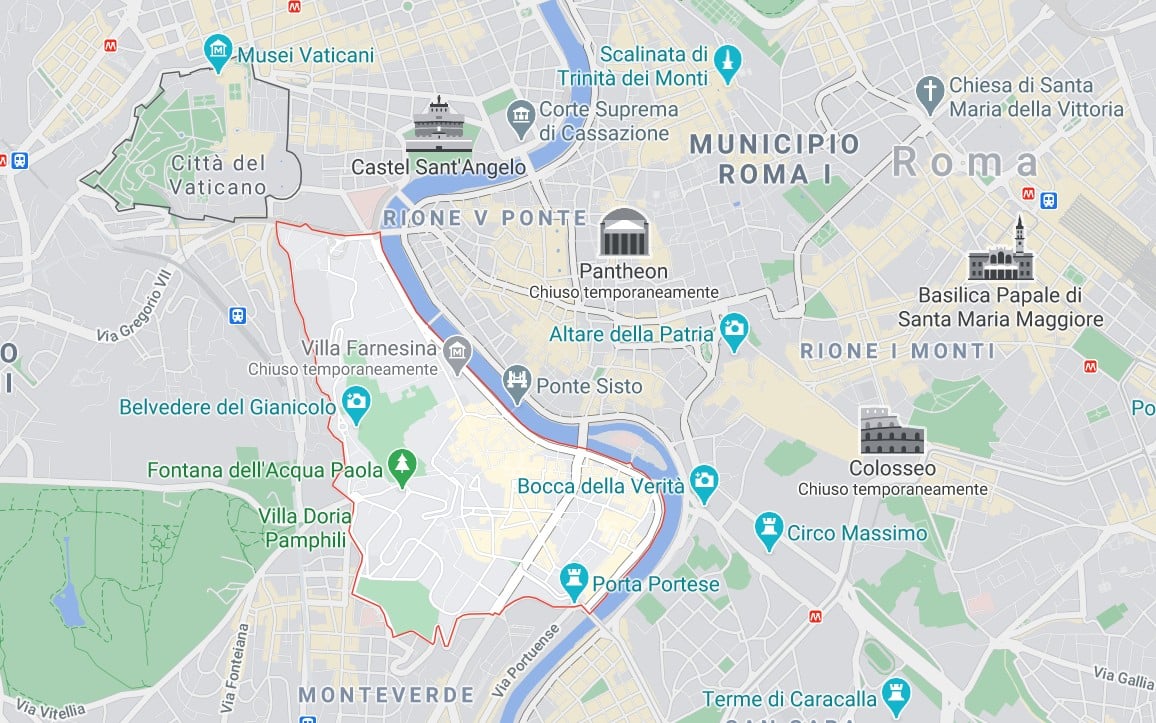 Before you go, however, you might want to pop by the Basilica of Santa Maria, Trastevere’s 4th century church, just to make sure you’re all clear with The Big Man first. This humble little place, replete with dazzling gold mosaics and gilded ceilings, looks like it’s been heavily petted by King Midas and hosts nightly 8pm services for you to see for yourself. Outside the church is the Piazza di Santa Maria, a really pleasant place to sit on the fountain’s steps at night and sip a beer. Indeed, this is what a lot of people do, and there’s always a warming mix of tourists and locals mingling here.

If this square is a bit too packed, however, you can head over to the next square, Piazza di San Calisto, and grab a cold one at the nicely downbeat “Bar Calisto”. Alternatively – and since a Guardian newspaper article mentioned Bar Calisto, rendering it eternally rammed – head to the “La Botte Beer” around the corner, a cool craft-ale place with good music and a vibrant, youthful clientele.

If you fancy an alternative to these busy tourist destinations, head a bit north to Piazza della Scala and look in at the rarely visited church of Maria della Scala. With its inordinate number of chandeliers hovering by invisible threads, resembling a dreamily arrayed smack of jellyfish, this is a very nice place to reflect in solitude and, if you need a little pep in your step after this, head to the “Cafe Latteria” on the adjacent street for a cafe correcto (an espresso shot with a dash of sambuca) for 1.80 euro.

Trastevere has no end of achingly cool bars selling dainty bevvies, but for serious drinking head one street east from Piazza della Scala, onto Via Benedetta, to get a proper pint from the pubs there – and even a Guinness at the Irish bar – or a jug of Pimm’s at the popular “Pimm’s Good” bar.

Towards the neighbourhood’s southerly area each Sunday morning, starting from 7am and packing down at 2pm, is Rome’s most comprehensive – and interminably long – market of Porta Portese. Here you can pick up all sorts of bits and bobs, and if it can’t be bought here then it probably doesn’t exist. Among the goods are kitchen equipment for a euro, bizarrely second-hand (and so heavily discounted) toiletries, as well as clothes for a single euro and vintage designer clothes for hundreds. There are also a number of furniture stalls selling tatty clutter (why on earth you’d want a broken flip phone from the ‘90s), and some quite unique antiques. This is a very easy place to spend 2 hours.

During the summer months, the area of the Tiber running along Trastevere’s easterly boundary has a number of rather comely stalls. Here you can stroll lazily along, perusing the pop-up restaurants’ fare, watching the people sip spritzs in deck chairs and even, if you have kids or are a big kid yourself, avail yourself of the air hockey tables within the arcade marquees. Additionally, on the enticing Isola Tiberina, the little convent island on the Tiber, there is a very cool outdoor cinema showing the most current arthouse films from around the world.

A full article on the markets of Trastevere can be found here.

Getting to and from Trastevere can, at times, be a slight pain in the rumpus. While there are a couple of overground train stations running latitudinally through its western area, there are no metro stops and Roman buses are often, it pains me to concede, charmingly erratic in their punctuality. But the neighbourhood is very central and it will take you only minutes to walk east over the Tiber into Rome’s historic heart. And your first destination here? It has to be Rome’s petit art gallery centre and the Lorcan O’neill gallery, this writer’s favourite – and by a comfortable stretch, Rome’s most excitingly contemporary – gallery.

For furnished apartment rentals in Trastevere look no further.