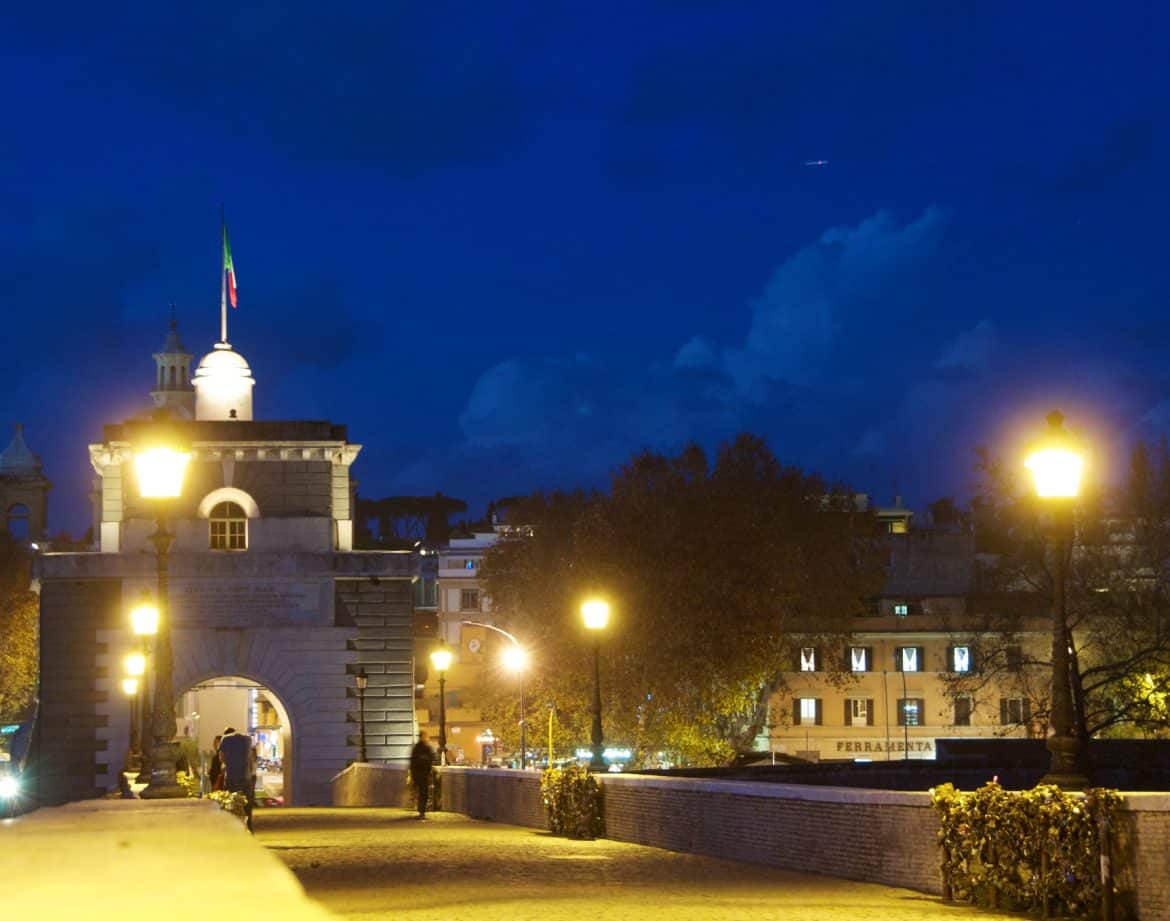 Ponte Milvio has had some kind of bridge there for over two millennia and some areas of the narrow park that runs latitudinally down the Ponte Milvio neighbourhood look like they’ve not seen a broom and mop since the bridge’s first builders called it a day. Though this park is indeed a little grimy and fallen to disrepair, it is a nice place to stroll the length of on the weekend nonetheless, and the Tree Bar, a curious diamond in the rough here, is a very pleasant family-oriented eatery to spend Sunday afternoons at. 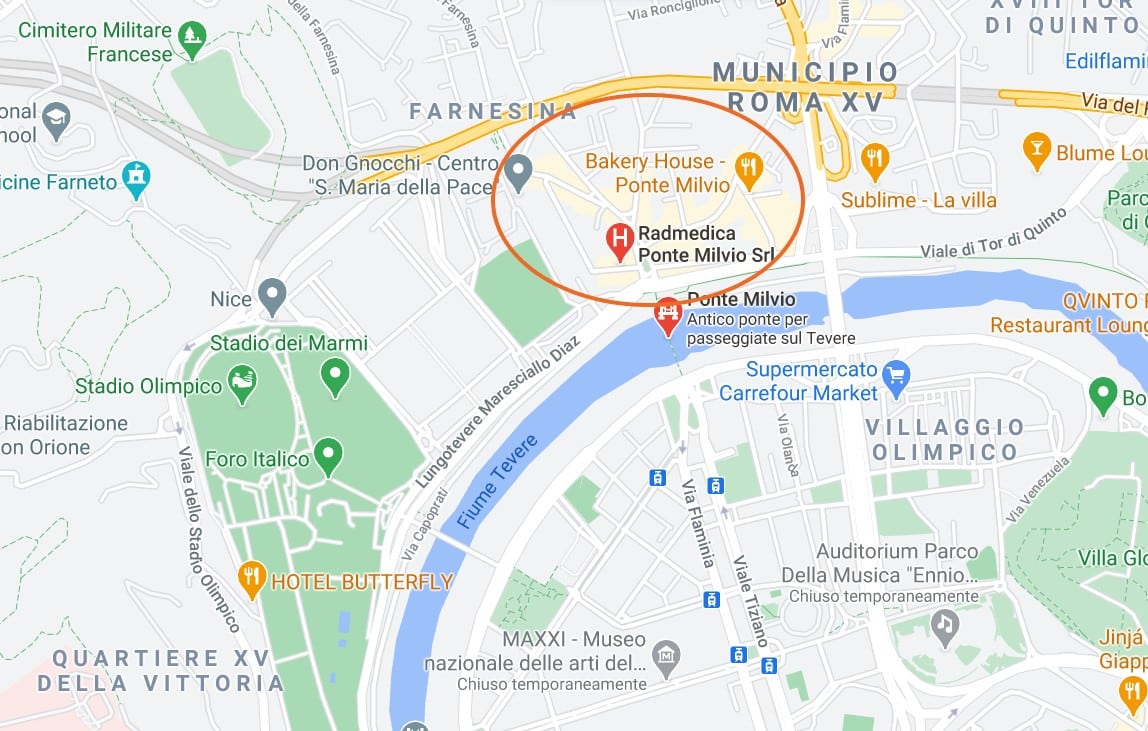 On the second Sunday of every month there is an exceptional Flea market underneath Ponte Milvio bridge, taking place from morning until 2pm. Predominantly sold here are various knickknacks and pretty pricey antiques, but there is an interesting array of furniture and even the odd store selling some bargains and, if you haggle hard, you can pick up something unique for a decent enough price.

The daytime in Ponte Milvio can feel a little dead but there’s a nice enough patter on the streets in the evenings and at weekends. Also, the promising MAXXI contemporary art gallery is an exceptional building, architecturally speaking, though at present it’s hard to find justification for the 10 euro entrance fee with its current collection. More interesting about the MAXXI is the courtyard to its front which affords you a pleasing view of its modernist structure and also attracts a wholesome crowd of families on the weekends, which is the perfect place to get your kid on some rollerblades and send them wheeling off among the local tykes. The general quietness of the area also means you can go jogging and cycling freely along the Tiber without any real danger of mowing down oblivious tour groups. Which is nice.

Along with the MAXXI, there are some other signs of quality culture springing up in the area. Though Rome isn’t famed for its gritty, Berlin-style clubbing (clubbing in Rome generally consists of posing tryhards, expensive drinks and music turned down low so a Roman’s favourite pass-time, talking, isn’t compromised), the open-air Magick Bar, to the east of Ponte Milvio and on the river’s bank, is a very good club indeed. Though the drinks are still dear and the music fairly subdued, Magick Bar plays good techno, is open until 4am, and attracts a relaxed clientele that seem generally interested in the music. There are also comfy sofas and, if the clamour on the dancefloor gets to you, you can get down to the riverside easily and still be able to hear the music. Just. 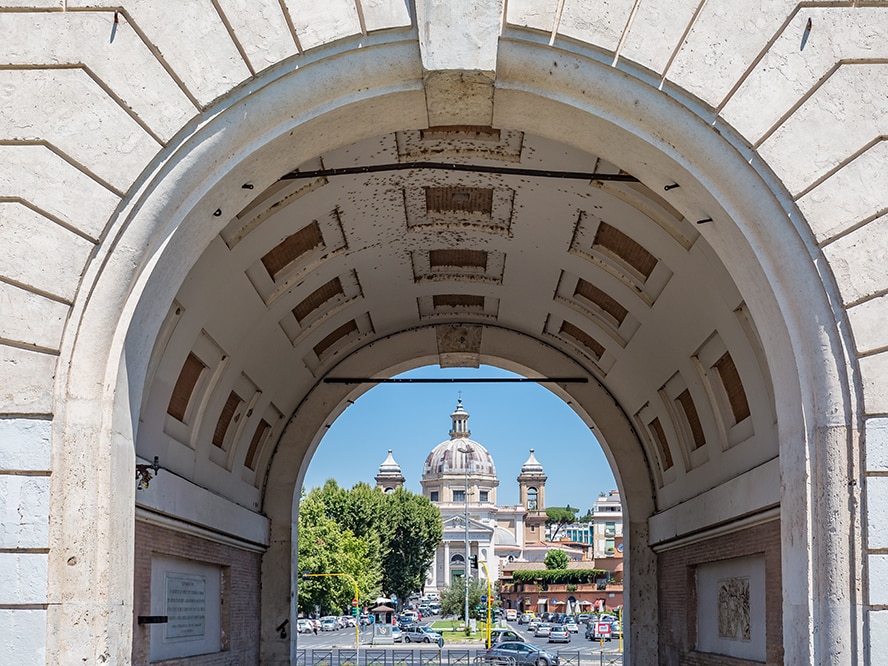 Ponte Milvio is also excellent for its proximity to some of Rome’s most superb attractions. The bottom of the neighbourhood’s convenient, north-south tramway takes you just shy of the piazza del Popolo and the iconic Spanish steps. From there you can easily get to the impressive National Gallery of Modern and Contemporary Art, which is free on the last Sunday of every month to the first 300 visitors (doors opening at 2.15pm). After your free dose of Sunday culture you can hop into the adjacent Villa Borghese park and watch the sassy rollerbladers or rent your own rickshaw for the hour.

For furnished apartment rentals near Ponte Milvio look no further.