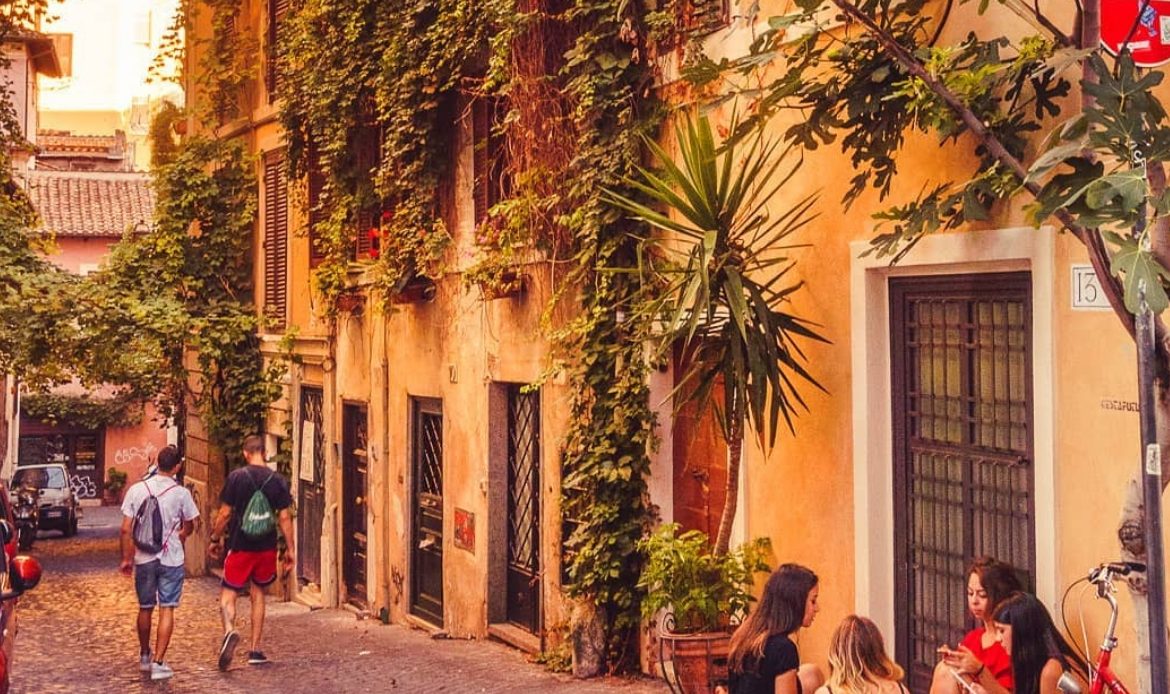 Speak to any Roman on a Friday and they’ll invariably tell you they’re heading to a bar in Monti that night. Among the area’s finest venues is the art-gallery-cum-cocktail-bar, The Black Market, where, sidling in off Via Panisperna and through the hotch-potch of artsy furniture, you can plonk yourself down in front of the decorative bar, besides which is usually someone crooning out some live guitar music or a DJ playing some groovy tunes. Here you can grab pints of weissbier or some signature cocktails such as the Mediterranean Mule, a fragrant vodka, ginger beer, lime juice and lightly charred rosemary drink. Their food is also refined and the smell of truffle oil burgers permeates the air, further contributing the bar’s already heady atmosphere. 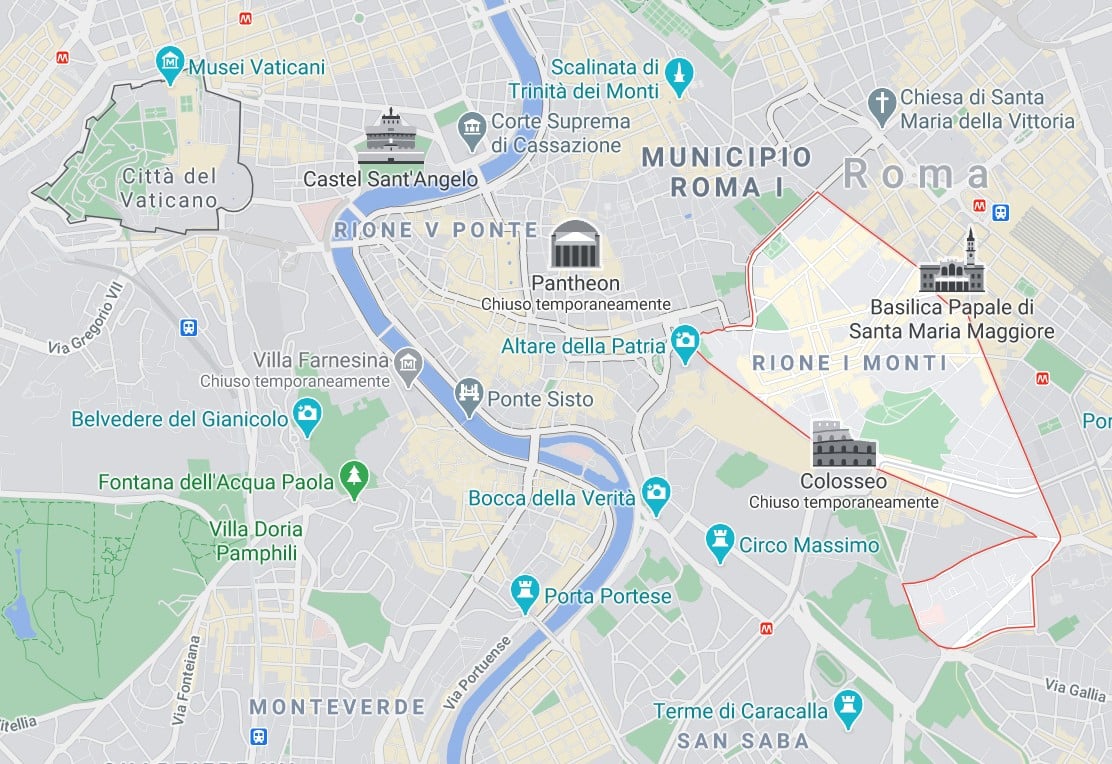 Topping the eastern end of the undulating Via Panisperna is the Basilica Papale di Santa Maggiore, Monti’s must-see church. And bordering the neighbourhood’s eastern side is the intensely egalitarian space, Vittorio Emanuele park. I say egalitarian because this park typifies exactly what park spaces – in their original, historic conception – should be: somewhere that attracts the poor and the wealthy alike into a common space for leisure. Indeed, the neighbourhood’s relative affluence, crowned by the Santa Maggiore Basilica, is starkly offset by the large numbers of the homeless and disenfranchised whiling away the day here, making this a very interesting place to observe the neighbourhood’s multivarious social spectrum.

Soon after you arrive in Rome it is likely – nay, recommended – that you become a Carbonara connoisseur. For your information, and to spare you the indignity of EVER getting it wrong again, the ONLY way to make a carbonara is with cured and peppered pork cheek, Guanciale. You do not use pancetta and you most certainly do not use bacon! This is lightly fried while your pasta – preferably not spaghetti – cooks in a pan of water that should be as salty as seawater. While these are going, whisk two egg yolks and one egg white in with grated pecorino cheese and a lot of pepper. Once cooked, the pasta (al dente only!) should be stirred in with the Guanciale and its fat and the heat completely turned off. Next you mix the rich pecorino cheese, egg and pepper sauce in with the pasta and cheek, allowing the heat of the pasta to cook (but not scramble) the sauce a bit, and then plate up with a sprinkle of pecorino and pepper. If you go anywhere near that pan with either garlic, onion, cream or – mercy me – peas, I’ll personally come and grate you into knock-off parmesan. Phew. So, with this fascistically prepared dish under scrutiny, it has been asserted that the La Carbonara, midway down Via Panisperna, has the best carbonara in all of Rome. And honestly? After eating carbonara in perhaps thirty restaurants in the city, I’d find it hard to dispute that. Booking a week in advance for either a 7pm, 8pm or 9pm slot will get you cramped little table served by nice staff, but no cheap vino di casa at 7 euros a litre unfortunately.

Transport
As Monti is so central, getting to and around the neighbourhood is easy. Termini station is a ten minute walk from the Santa Maggiore Basilica and Vittorio Emanuele station is just 5 minutes walk from the church also. Alternatively, you can walk the short distance west to Piazza Venezia where nearly all the city’s buses pass through at some point, and you so can get to pretty much anywhere from there.

For furnished apartment rentals in Monti look no further.