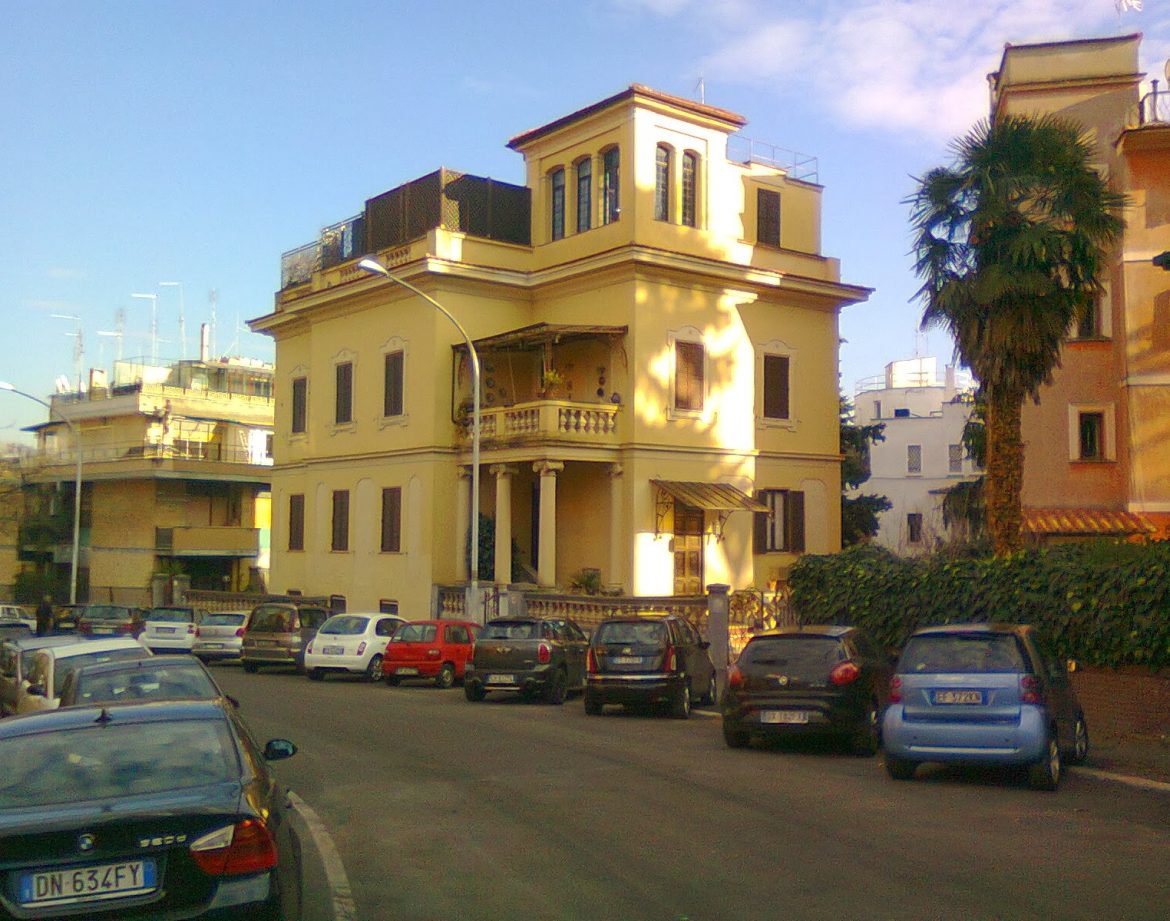 West of the well-known and well-visited Trastevere is the quieter – but no less lovely – neighbourhood of Monteverde Vecchio. Taking the very, very scenic route from Trastevere, you can walk west up the cobbled and arboreal Via Garibaldi, up the vertiginous Via di Porta S. Pancrazio past the Spanish Cervantes primary school, and reward your quivering calf muscles with a sit on the Piazza Garibaldi benches, looking out from the finest vantage point in Rome, drinking in the uninterrupted panoramic view of the city, the hills beyond, and the tumbling azulene heavens above.

West of here again is the park containing the Villa Doria Pamphili and Casino del Bel Respiro. These buildings and surrounding landscaped gardens and sculptures are in an intriguing state of faded glory that could see them placed easily in a Maysles Bros Grey Gardens Italian sequel. The deserted grandeur of the wedding-cake buildings, the decapitated sculptures, sprawling vines and trickling fountains make this an eerily beautiful to wander.

This park is also beloved of joggers and mountain bikers, and at any given time you’re likely to see more people getting their cardio fix than taking the air. Packs of lycra-clad exercisers star-jump their way around the large grassy areas and bikers avail themselves of the number of trails carved out of the wooded areas and tear about the place. There are even a few gym-class style apparatuses near the landscaped central lake: pull-up bars, agility tyres and balance bars.

But there are still plenty of people plumping for a more sedate day in the park. There are often Yoga events here in the Summer and there are always families enjoying the fields and Stone-Pine groves. There’s always the odd fellow practicing his percussive-strum flamenco guitar technique beneath a tree, or a couple of old dudes deeply embroiled in a card game.

This lovely quietude spills out into the residential area to the park’s south as well, but the neighbourhood still has a decent enough buzz due to its American University of Rome contingency. Bar “Litro” across the way from the University campus, on Via Fratelli Bonnet, attracts a good number of the students and so it’s a good place for casual chit-chat if your stilted Italian has left you somewhat socially estranged.

Just from outside this bar is the Bonnet bus stop that takes you directly to the various central hubs: either the 44 bus for 15 minutes to Teatro Marcello or the number 75 for 30 minutes to Termini station.