Best Areas to Live in Rome

depending where you work or study
Advanced Search
Your search results

Best Areas to Live in Rome

In this article you will find strategic advice on the best area to live in Rome depending where you work or study.

We are always asked this question and after years of living here in Rome and helping many foreigners decide their next home location we decided to give you the scoop! 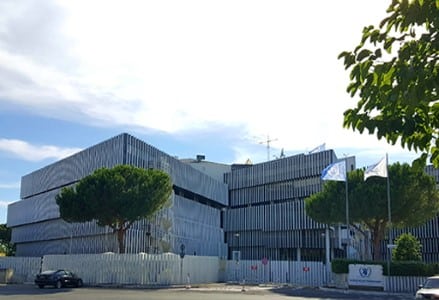 All of these companies or agencies are based on the outskirts of Rome in Muratella near the GRA – the ring road highway that circumnavigates Rome. Not much to do at night and not at all like the idyllic picturesque Rome you have in your mind. If you are coming for 1 or 2 months and will work more than play then maybe Muratella is for you.

If not, and you would like to see the beauty of ancient Rome in your everyday life then you may wish to choose a better location more central. Obviously it must be well connected as most likely you won’t have your own transport so bearing that in mind Trastevere, Monteverde, Testaccio, Aventino or San Saba would tick that box including being connected by the train to work and also directly to Fiumincino Airport.

Your visiting friends and family will also appreciate this choice I’m sure! 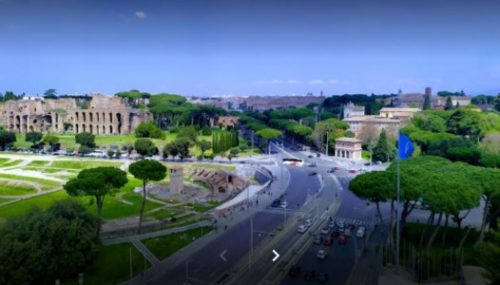 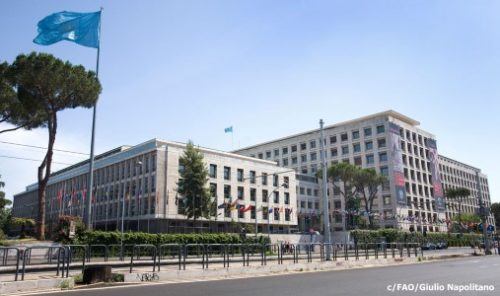 The Food Agriculture Organization  is located in Aventino, an elegant and central location behind Piazza Venezia and near the Terme di Caracalla. This area is on the verge of the city centre and while they have a suburban feel, the accommodation choices in the vicinity are apartments although some are luck enough to have a garden. Many trees surround the neighbourhood.

Aventino, San Saba, Testaccio, and Celio would all qualify as walkable options to work and into the centre. All have a metro stop within 5 minutes walk.

Other viable options would be Trastevere, Garbatella and Monteverde which are linked by metro or the tram to work and into the centre. Garbatella not so convenient into the but the bonus is it has it’s own cool vibe going on with many cafes and bars lining the streets.

Located in Via V. Veneto, the American embassy is situated in one of the most prestigious areas of Rome. Most employees chose to live near the embassy, 15-20 minute walking distance. Being located in the center, there is always traffic to get to the embassy, especially during rush hours, so walking to work is a stress-free solution.

Parioli, Rome’s residential and upscale neighborhood, is home to many embassies to Italy. Ambassadors, diplomats, and other staff choose to live nearby in Parioli. This area, safe and tranquil compared to the city center, however it is not the best connected with the rest of the city. Most public transportation relies on buses which in general are not reliable and therefore most employees tend to live within the walking distance from their respective embassies. Other options could be Ponte Milvio, Flaminio, Prati or Trieste. 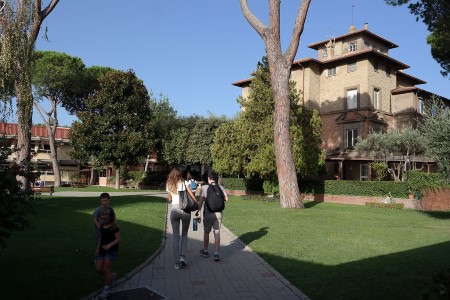 AOSR, St George, Rome International, St Francis, Mary Mount International and many others are located in the northern part of Rome on ‘the Cassia’. Families often prefer to settle near the schools and save their children from Roman traffic. Preferred areas are Via Cassia and Ponte Milvio for apartments, or  Olgiata and Formello for villas. If you like a bit of lake in your life your kids will go to St George then maybe Bracciano or  Anguillara could be for you. They both are both on the lakeside of Lake Bracciano and have train stops that pass by St George in La Storta on the way to the city centre. 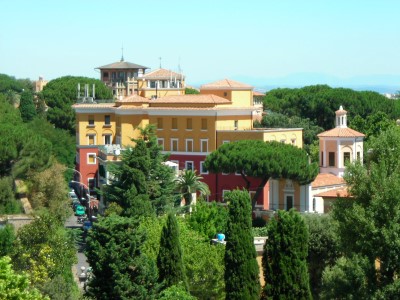 The two biggest American universities in Rome being John Cabot University (JCU) and American University of Rome (AUR) are based in Trastevere, well AUR  is actually on the verge of Trastevere and Monteverde on Gianicolo hill. However there are many smaller campuses such as Waterloo, Pratt University and University of Washington that are all located in the central neighborhoods like Trastevere and Campo dei Fiori. Even if often recommended to all expats, these locations fit the students the most because of its proximity to universities and the vibrant night life they offer.

The best option for students would be Trastevere, Campo dè Fiori, Ghetto, Borgo Pio or alternatively, Monteverde neighborhood is good choice. Residential and different from Trastevere and Campo dei Fiori, but close enough, Monteverde is well connected by tram line 8.

Located near the splendid Piazza Navona in the historic centre of Rome. There are no metro stops super close by but many local neighbourhoods to choose from. Piazza Navona, Campo dè Fiori within 5 minutes walk and Prati, Borgo Pio, Spanish Steps and Trastevere within 10-15 minutes.

Located in the popular Monti district which has it’s own fantastic bohemian lifestyle you may as well stay here in Monti. Great spot! Another option nearby would be Celio roughly 15 minutes walk to the school. However because Monti is well connected with a metro stop on line B other options to live could be Celio, Garbatella, San Saba, Aventino or Testaccio.